It was a programme of quiet, unassuming openings, in their different ways. One of Haydn’s more sombre quartets, Op 64 No 2, in B minor, starts with a typical twist: a brief unaccompanied first violin solo obviously in D major – until, that is, the rest of the quartet enters to upend our assumptions. It’s a tribute to the Zelkovas’ collective flair that it was just as compelling the second time round. The wistfulness beneath the second movement’s tranquillity was followed by their vigorous muscularity in the serious-minded minuet, throwing into relief the trio section’s smiling radiance. The expressive weight they gave to the disruptive gestures and silences in the finale’s later stages eloquently illustrated composer Robin Holloway’s spot-on description of Haydn’s music as “a still small voice telling of the strange within the normal, the vast within the modest, the dark within the bright and vice versa.”

Bartók’s Third Quartet had the most mysterious beginning of the evening’s three works, stealing in furtively to lay the ground for the subsequent build-up of tension; the Zelkovas’ gripping performance vividly realised its variegated colours and textures. In the ‘Second Part’ (Bartók avoided the conventional division into movements) the sublimated folk dance rhythms had real energy, with playing tender and hard-hitting by turns. Taut ensemble ensured biting chordal gestures in the ‘Recapitulation of the First Part’, and the eerie rustling at the start of the ‘Coda’ opened out into an exhilarating conclusion full of earthy excitement.

The opening bars of Dvořák’s G major Quartet, Op 106 are gentle but also sunny and playful. It was an expressive world to which the players were just as committed, while also showing that Dvořák can at times be every bit as elusive and subtle as Haydn or Bartók. There’s another quiet opening to the second movement, but what appears to start as a lazy idyll becomes expressively more profound as it goes on; in the Zelkovas’ hands it turned positively edgy in places. They brought an engaging earthiness to the third movement, and carried it over into an infectiously bouncy reading of the finale, with a delightful way of leaning into the rustic drone passages. But it wouldn’t be Dvořák without a meditative backward glance later, and the recollections of the first movement had real poignancy. OK, the movement is a bit overlong, but who would want to cut any of it? Not on this occasion, certainly. 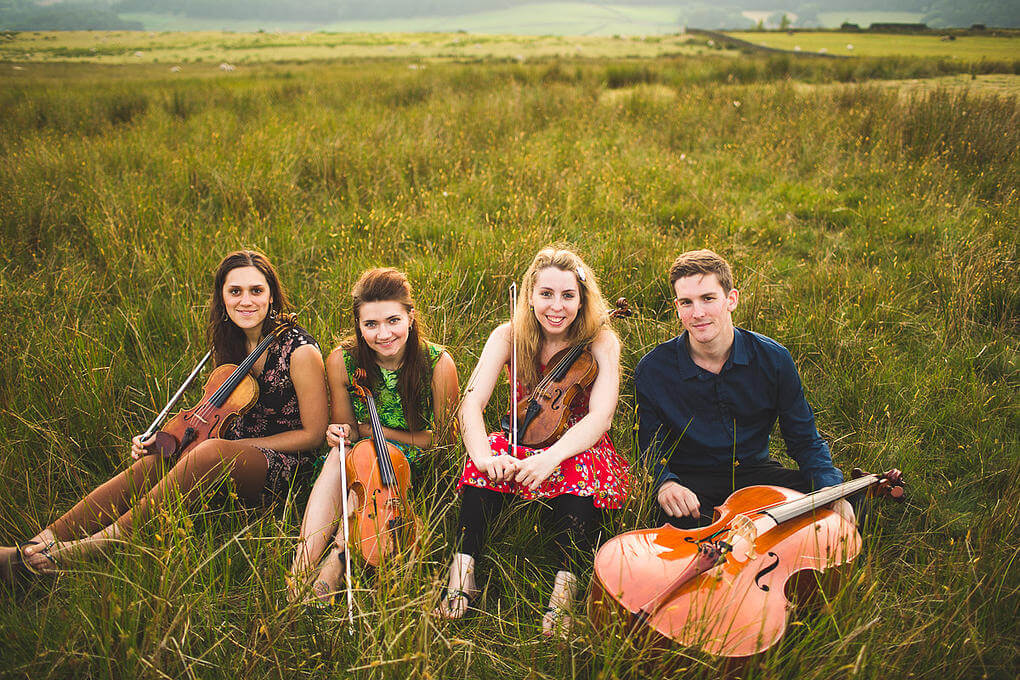