This was a Concert of three halves!  Our international prize-winning pianist, Florian Mitrea, proved to be an engaging musician with infectious energy and enthusiasm. He began with an early set of Mozart variations on what was revealed to be a familiar nursery-rhyme tune. He had chosen this to get us closer to the situation where an audience chose a tune and then asked the performer to make up a set of variations on the spot. The performance captured this sense of spontaneity in the way it moved from one delicate elaboration to the next – but perhaps only Mozart could have conceived the entire architecture at once.

Florian introduced Beethoven’s Waldstein Sonata with an impassioned account of Beethoven’s struggle against rising deafness and episodes of suicidal despair. The performance of the first movement gave a perfect balance between alternating passages of precisely articulated, relentless forward movement and expansive vistas. Echoing his introductory remarks, Florian conveyed a sense of improvisatory searching in the second movement, giving way to the exuberant lyricism of the third movement, which he played with energy and delight. The final prestissimo section was so fast that the descending chromatic octaves became double-handed glissandi,to keep the music in time. This sonata was displayed as a triumph of the human spirit.

By contrast the Schubert Sonata in A Minor seems to express the darkness of his discovery that his life would be cut short by syphilis. Its turbulent oscillations between fortissimo and pianissimo, and its repeated motif of a descending two-note cadence, are only briefly lightened by lyrical fragments. The later defiant flights of finger work come to an angry conclusion. Florian’s mastery of the intricacies and contrasts of the music was deeply impressive, but at the end we could see why he had asked to conclude his recital with the transfiguring experience of the Liszt Sonata.

I had attempted to bring it to Derby as long ago as August 1991, but feeling we all needed to draw breath, I interpolated a brief introduction.

Liszt himself played in Derby on Thursday 10th September 1840, in the Mechanics’ Institute new lecture hall. It was during this tour that Liszt gave a new meaning to the word ‘Recital’–  prior to this no-one thought a piano could actually recite something !

It is said that at the first performance the opening was so quiet Brahms nodded off. Was he then knocked off his seat? This Sonata is the most intense work Liszt ever wrote, imposing extraordinary technical and emotional demands. The pianist must play as if ‘possessed’ and yet retain perfect Fingerfertigkeit. It encompasses the entire keyboard and utilises eleven different key signatures. Its dynamics range from gossamer-like figuration, through passages of sublime lyricism, to tumultuous, crescendos of enormous chords. It is a single movement, which weaves repeated rhythmic and thematic motifs into a tightly integrated tapestry.

The rapt concentration of the audience was manifest. After the final bars had floated upwards into the aether and concluded with a last touch on the bottom B, the audience rose to its feet in applause. After his third ‘curtain call’ Florian gestured to offer an encore, but was evidently relieved we could not imagine how anything could follow! It had itself been the encore to end all encores. We were both elated and drained: indeed I still have the sounds coursing through my veins 24 hours later! After waiting three decades it had been a truly memorable occasion. Liszt wrote ‘L.D.’ (Laudate Deum) at the end of his manuscript: there was nothing more to be said. 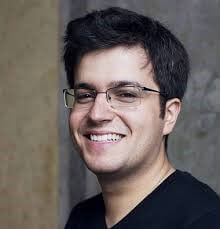