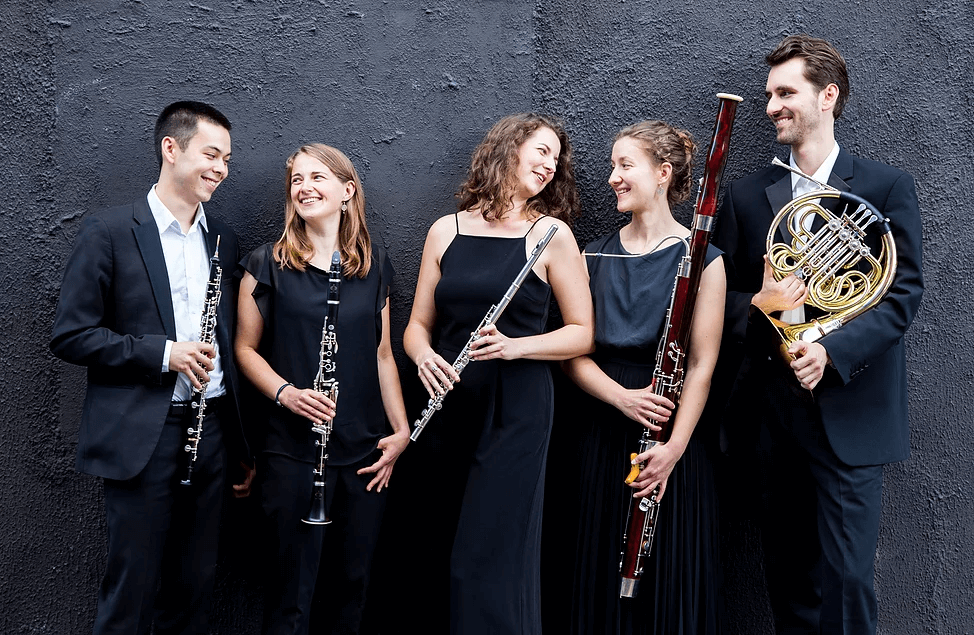 Mozart may have got bored every now and then while writing his Adagio and Allegro for mechanical organ, K594, but you wouldn’t know. Cavendish Winds gave the opening and closing slow sections all the gravitas required, while the Allegro in between chattered away amicably.

The B flat Quintet, Op 56 No 1, by Franzi Danzi, one of the founding-fathers of the wind quintet repertoire, made for an entertaining listen. The first movement’s urbane manners, both the graceful flow and the pert strutting, were well served. The players teased out the occasional poignant note in the second movement, solos were elegantly exchanged in the minuet, and the finale’s showier moments were relished.

Norman Hallam’s transcription of Debussy’s La Fille aux Cheveux de Lin was a gentle upbeat to the fun and games of Malcolm Arnold’s Three Shanties, still pungently uproarious after all these years. Cavendish Winds captured the sheer cheek of the outer movements and a lovely wistful quality in the central one.

Vaughan Williams wrote his Three Vocalises, one of his very last completed works, originally for wordless soprano and clarinet. In flautist Katy Ovens’ transcription the soprano part sat easily on her instrument, the two melodic lines twining readily round each other. The second piece danced, and the whimsical ending of No 3 was nicely done.

Holst’s early (1903) Wind Quintet in A flat, Op.14 is a fairly anonymous but well-crafted work which still has traces of his Brahmsian training. The second movement has some tiny passing suggestions of his future direction, the canonic Minuet got suitably robust treatment, and the finale’s five variations, notably the wistful fourth, were well characterised.

Eugène Bozza’s Trois Pieces pour une Musique de Nuit are like a 20th-century echo, in their polished craftsmanship, of the Danzi Quintet. The bouncy central scherzo was particularly attractive.

The quintet bowed out with Andrew Skirrow’s witty, inventive arrangement of Gershwin’s I Got Rhythm, in a performance both relaxed and exuberant. Who could ask for anything more?